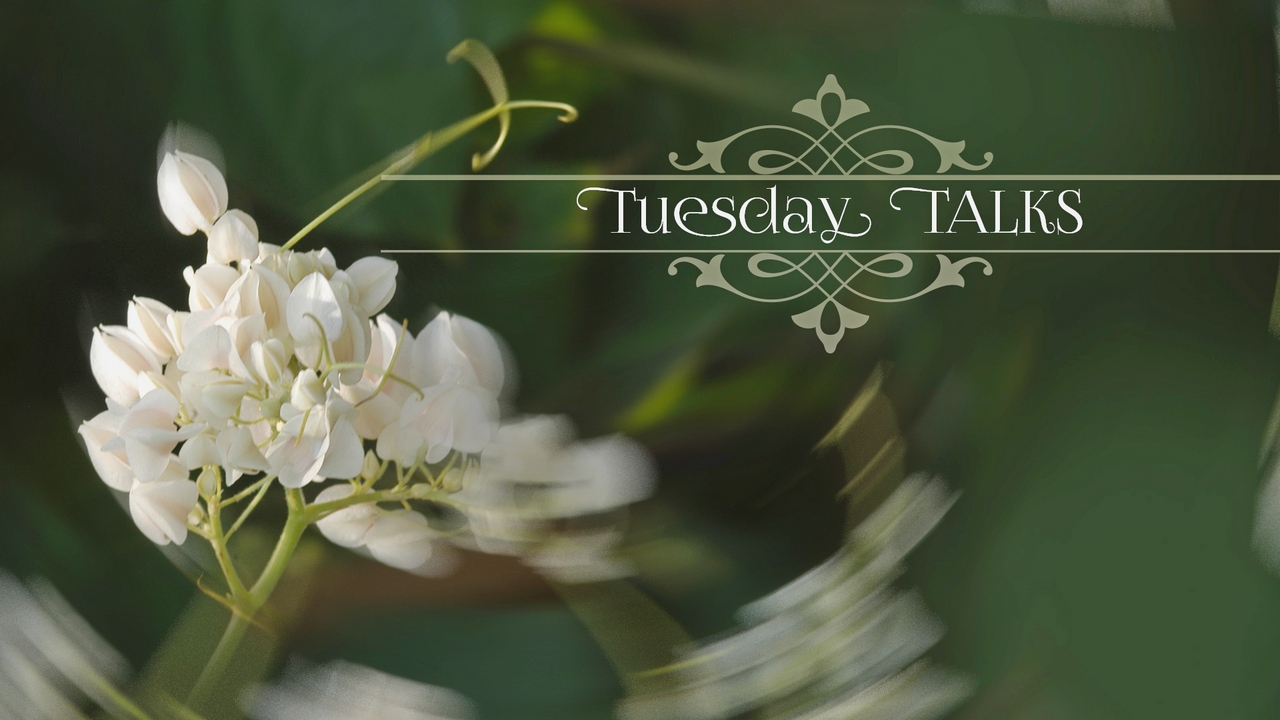 There is an ordinary, scientific view of matter and there is a spiritual view of matter. Unlike what the old schools perceive, these two views are not exclusive or non-reconcilable. Rather they compliment each other. The material view reveals the processes, the immediate cause, the spiritual view reveals the primary cause, the very basis of matter. It is interesting the Science itself has reached that critical threshold wherein it is entering the occult and spiritual realms through the backdoor.  One such entry point is the ‘Electrical Theory of the Universe’ and a peep into the ‘Fourth Phase of Water.’

Be not deceived, answers the Vedantin; appearances can never be trusted till the secrets behind them are fathomed. To the eye’s unvarying experience the sun is a globe of fire that voyages round its worshipped earth; generations so conceived it & would have mocked at the truth; these solid appearances are an assemblage of gases; the colour of a rose is a brilliant deceit of the vision. Interrogate consciousness to find what it is or holds & unconsciousness to discover its secrets. Interrogate not only the state of waking but the states of dream & sleep. You will find at the end of long, patient & searching experiments that the confused consciousness of dream was confused only in the receiving parts of the material waking mind and behind it was a state of awareness even more perfect & orderly than the awareness of our waking life.

When you have interrogated unconsciousness in yourself, interrogate it in the tree & the clod. You will find, for by that time you will have entered into the kingdoms within & learned to command a self-exceeding experience of being, that in the tree & the rock there is the same being, the same consciousness, the same principle of Will to live, of delight, in a word, that is [in] yourself. The unconsciousness of the tree & the rock is the same unconsciousness as that which occupies your body when mind is withdrawn from the observation of its working. It is the sleep, the universal trance of Matter. And that means, eventually, the trance of consciousness forgetting itself in its own symbol or form. Consciousness in this its outer shell has become to the appearance something else which seems not to have any resemblance to conscious being, as gas becoming water is to appearance something else which has no remotest gaseous semblance. The truth sits veiled behind the appearance, self-absorbed; there is in all things, without exception, ªThat which is conscious in these conscious & unconscious existences, that which is awake in these who sleep.

We find that water is produced by a combination in a fixed quantity of the two first elements, hydrogen and oxygen. We do not know or do not yet know why this should be so. All we can say is that [it] is a fixed law of Nature that when this formula is scrupulously followed without deviation something called water appears, it becomes a phenomenon of material Nature. There seems to be no reason in this miracle. We could partly understand if oxygen and hydrogen by their very nature tended to produce in any combination water or something like water, but only in the fixed amounts could bring out the perfect article. But this is not the case; only by the fixed relative combination can it be done. This formula then is of the nature of a magic formula. Only by pronouncing a fixed combination of words or syllables or sounds can the [ . . . ] magic result follow and not otherwise. Any variation voids the effect and leaves the incantation barren. Hydrogen itself is produced by a combination of a fixed number of electrons or electric particles of energy in a fixed relative position in their movement. Oxygen is produced by another such combination.

If the first view is right, the view so long pressed on us by physical Science, then this very universe itself is but a queer paradoxical movement of mindless eyeless Force or of a brute substance emanating purposeless energy, which yet works as if it had a purpose; for it produces by some inconscient compulsion on itself a steady succession of evolutionary forms that carry themselves as if they had an aim and a meaning, although in the nature of things they can really have none…..

What seems to be consciousness has come out of this machine just like everything else in this singular freak-universe, constituted somehow, miraculously, impossibly, as the plant and the flower came out of the seed, somehow constituted, or as different chemical atoms are mysteriously constituted out of variant numbers of identical electrons, or as water leaps inexplicably into birth by a combination in exact measure of two gases. We have discovered that by just this process it came, the consciousness, the flower, the atom, water, but how it could come into being by such a process is an unsolved riddle and how it took this form out of such a mother or could be the result of such ingredients and what each of these things in itself is remains unknowable. It is or has so become (or perhaps is not, but only so seems to our senses) but that is all, for more than this science limited by its methods cannot tell and speculative philosophy itself with all its range and licence can hardly conjecture….

Sri Aurobindo : Validity of human knowledge is not dependent on physical science alone. Physical science is only one side of knowledge. The poet’s and the mystic’s and the artist’s experience have equal validity.

Disciple : Eddington argues that even in so-called objective scientific knowledge it is mind that is asked to judge ultimately. 8×4 is 32 and not 23, why?

Sri Aurobindo : It is:, by an intuition and repetition of experience and not merely by reason that man finds that one is right and the other wrong Now even the scientists have been forced to admit that their conclusions are not all based on reason. Their formulas have become like magic formulas.

“I first knew about yogic cure from a Naga Sadhu or Naga Sannyasi. Barin had mountain fever when he was wandering in the Amarkantak hills. The Sannyasi took a cup of water, cut it into four by making two crosses with a knife and asked Barin to drink it, saying, “He won’t have fever tomorrow. “And the fever left him”.

All things on the physical plane are merely devices – they are a system of notation, – just like the wireless or telegraphic notation. It is a convenient device for sending messages, but often we get too busy with the device and mistake it for the thing that is behind the device.

And this applies to all scientific discoveries. For instance, when you say “hydrogen and oxygen in certain proportions form water”, the statement does not explain anything. It only states a fact. You do not know what water is. It only means there is something behind which manifests itself as water under those conditions.

It is the same with the theory of “electrons”. So far as the physical facts are concerned the theory may be perfectly true. But why should the blessed electrons, which are fundamentally the same substance, form totally different elements and compounds by the change of arrangement of the same number?

Disciple : Not only that, but the addition or subtraction one electron changes radically the properties – that is, the nature – of the substance. And even with the same number of electrons a change in the arrangement alters radically the substance. So much so that one substance is a poison and the other is not.

Sri Aurobindo : So I say there is something behind the device which already pre-exists on some plane and it is that which adopts the device in order to manifest itself. But the device is not the reality. The power from behind can change the device. Of course, the power working from behind comes down on the physical plane through the device, and so people generally think that it is the device which is responsible for the manifestation. As an instance of the change of device I told you about Agamya Guru Paramahamsa. He could stop his heart-beats and go on talking and working like other men. Now, ordinarily, when the heart stops the man dies, or gets into a catalyptic Samadhi. But in his case it was not so.

Words of the Mother

Is this experience of May 1 related to the Supramental Manifestation of 1956? Is it a supramental experience?

It is the result of the descent of the supramental substance into Matter. Only this substance – what it has put into physical Matter – could have made it possible. It is a new ferment. From the material standpoint, it removes from physical Matter its tamas, the heaviness of its unconsciousness, and from the psychological standpoint, its ignorance and its falsehood. Matter is subtilized. But it has surely come only as a first experience to show how it will be.

It is truly a state of absolute omniscience and omnipotence in the body which changes all the vibrations around it.

It is likely that the greatest resistance will be in the most conscious beings due to a lack of mental receptivity, due to the mind itself which wants things to continue (as Sri Aurobindo has written) according to its own mode of ignorance. So-called inert matter is much more easily responsive, much more – it does not resist. And I am convinced that among plants, for example, or among animals, the response will be much quicker than among men. It will be more difficult to act upon a very organized mind; beings who live in an entirely crystallized, organized mental consciousness are as hard as stone! It resists. According to my experience, what is unconscious will certainly follow more easily. It was a delight to see the water from the tap, the mouthwash in the bottle, the glass, the sponge – it all had such an air of joy and consent! There is much less ego, you see, it is not a conscious ego.

Back to: Tuesday Talks